A love letter to my spambot followers (or: Psycutlery progress update)

It’s been two years and a day since I last acknowledged the existence of this thing one would call a “blog,” if you can even call it a “blog” anymore.  Perhaps “post-apocalyptic wasteland” would be more apt, as it seems I have slept through a bit of a spambot apocalypse of sorts.  How must one react?  Do I panic, lament, and bemoan my fate as I bow to my new robot overlords, or should I be thankful this lonely corner of the vast online abyss is getting any attention at all?  Oh, so many different emotions!

That segue up there? Totally not an excuse to post this image.

Now, to answer the question that’s no doubt been on the minds of every one of this blog’s followers: “What happened to your Psycutlery game, and more importantly, can we have another comment section to bombard you with mountains of ads to sell you medications?!”  Let’s start with the bad news: No, you cannot comment on this post.  You see, my spambot friends… nobody comes here.  Your desperate attempts to sell your products fall only upon deaf ears.

Therefore, I want you to go.  Be free.  Find some greener pastures!  Build yourselves a vast, glorious empire of pharmacy ads out in the wild yonder, for all to see!  It’s a huge world, and you can start literally anywhere… as long as it’s away from me.  I mean, GOSH, you guys. 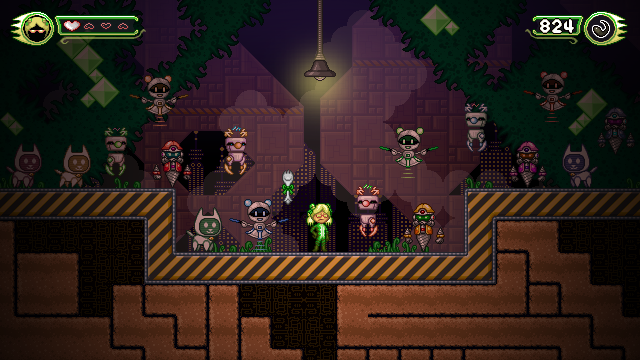 I love each and every one of you spambots, but please, give me some space already.

Now, let’s get to the “what happened to Psycutlery” part.  Since my last post two years ago, I scrapped everything I had worked on up to that point as soon as it had become clear the game had no future as a Clickteam Fusion game.  Afterwards, I began rebuilding everything I had in the Unity engine, and am now pleased to report that everything has been fully ported and more.

This is to say — development is now back in full swing.  Hoorays and that sort of thing I guess! 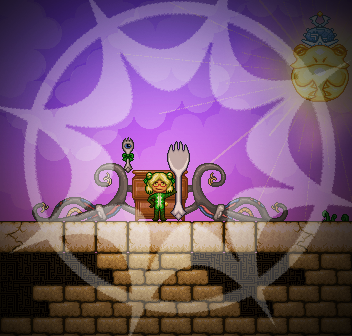 Pictured: Hoorays and that sort of thing. Also, you really shouldn’t be staring into the sun, okay.

Before I go any further, I must address the issue of the giant, burning frog-sun in the room: that is, the question of, “demo?!”  Well, there WAS a demo available at one point, but as it was made in the old engine, I took it down fearing it no longer represented the direction the game is now heading towards.

The long and the short of it, really, is that the previous prototype of the game was designed for PC, while the current version is geared more towards consoles (nothing can be confirmed yet, as I have yet to take the necessary steps, although a PC port will most likely still happen).  What this affects, primarily, is the control schemes.

The prototype featured keyboard + mouse control, which was pretty cool, but ultimately, unsuited to the sort of game I envision to create.  Psycutlery is a Nintendo-styled platformer in the vein of Yoshi’s Island or Super Mario Bros. 2… in other words, NOT a frantic shoot-em-up which would benefit from such controls.  And judging by some videos I watched of people testing the original prototype, keyboard and mouse controls did not, in any way, benefit Psycutlery.  As I watched testers struggle to grasp basic movements, I knew that wasn’t a good sign to me as a game developer.  Controls in a platformer should be easy to become acquainted with, and should never, ever work against the player.

With this in mind, I sought to study control schemes that I knew worked for this sort of game, and settled with a simple scheme inspired primarily by Metroid.  Basically: imagine if instead of shooting, Samus in Metroid could instead grab, carry, throw, and eat various things. 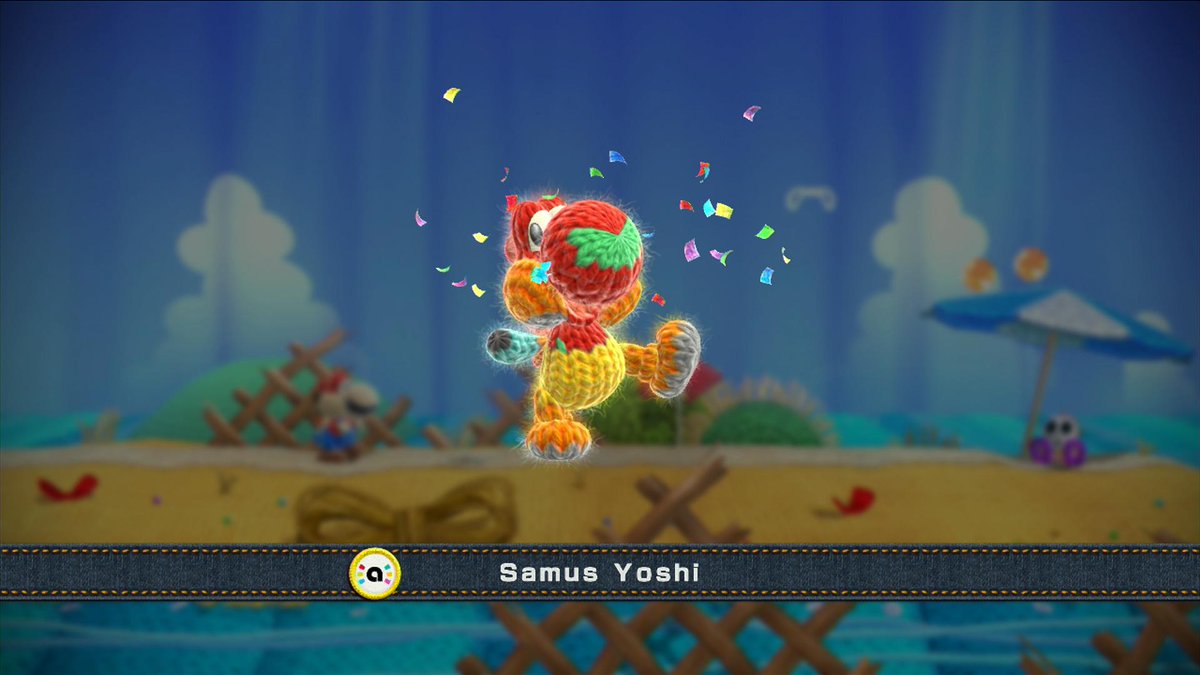 Speaking of eating, therein lies another change from the prototype.  Back then, things were woefully inconsistent in the ways enemies were defeated – whenever you came across a new baddie, there was little ways of knowing whether throwing your spork at it would either allow it to be carried, or just straight up DEVOURED.

Since this is “that spork game,” of course you can still eat things, but eating is now largely relegated to, you know, actual food.  Enemies, on the other hand, are now always picked up and made usable as weapons against other enemies.  Not only is it more consistent, but actually a lot more fun.

And food fans need not fret, for with the transition to Unity, Psycutlery now has an all-new, unlockable mode which will not only offer a significant boost in replay value, but will also sate one’s hunger for… well… eating things.  EATING A LOT OF THINGS, one might say.  Buuuuuut I can’t talk about that just yet, because spoilers etc, but it sure is delicious. 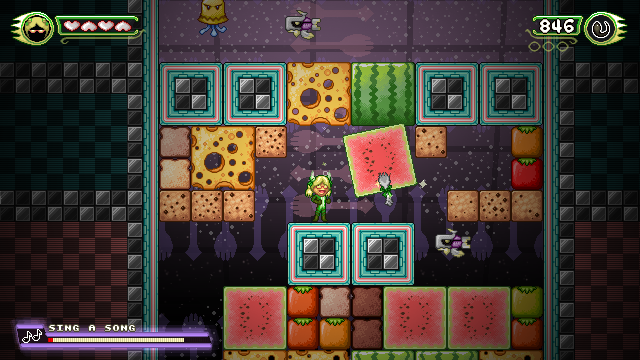 Pictured: lots of food. Not pictured: the dang mode I was just talking about. Also pictured: the ability to sing your enemies into oblivion. That’s just one of the many wacky powers available here…

So, where to from here?

I am considering the possibility of releasing a new demo, but ultimately, that all depends upon the path taken from here on out.  For one thing, yes, I am exploring the likelihood of working with a publisher and all that entails, so ultimately, time will tell on that front.

Until then, please do follow us on the Twitter-type thing!

It’s usually Jon, our musician, who posts there, so you won’t have to worry about waiting two years for me to put the next post up!  Generally, I’m too busy actually, you know, working on the dang game to post about it, but lately, I have made a few posts up there because I somehow stopped myself from developing long enough to do so (breaks are essential to the creative process, though!).

Soon enough, though, I will descend deep into the fantastical depths of the bottomless void from which I’ve been summoned forth, never to be seen again until you wind up playing this on your Switch (hopefully!) or something.

Am I going to make any more blog posts?  Who the heck knows.  I guess what I’m saying is, if you’re a spambot, don’t hold your breath.  I’ve cleaned up all your messes and disabled new comments, anyway!  Uh.  I think?  I’m not sure how this all works?  I would take some time to figure that all out, but since the choices here are either that or “work on game…”

I’d say, “see you in two years” or something to that effect, but personally?  I’d love to have Psycutlery completed before then.  I’m not making any promises, but it’s possible! 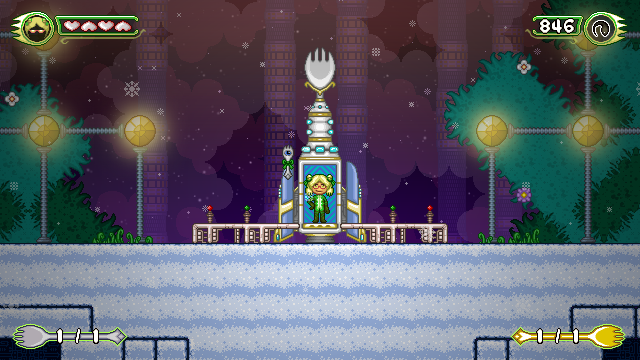 I suppose it’s all up to how quick and fuel-efficient these spork-shaped spaceships are these days. OFF I GO. WHERE WE END UP, WHO KNOWS.